Power Trip will bring together the stories of power stations and coal mines into a virtual day-out for school children. Valuable built and natural environment school trips have been a severely restricted educational tool in the COVID-19 pandemic. This group will create a virtual school trip experience in the form of a website which re-interprets the complex histories of these infrastructures in an engaging, child-friendly experience. It will also act as a digital archive as power stations and coal mines are being demolished to make way for greener infrastructure. Content produced will also be curated to form a physical exhibition at the National Coal Mining Museum in the future. It is easy to recognise the architectural presence of post-war power stations and coal mines with their Brutalist form, but do we consider the landscape, social, and political context they sit within? 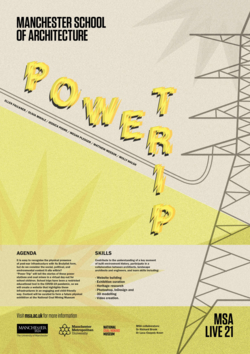 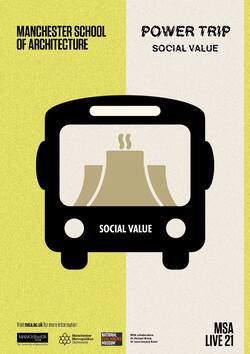 Molly W
Our MSA Live event offers the opportunity for children to learn about post-war infrastructure through a fun and engaging virtual school trip. A normal school trip is an opportunity to break with routine and learn about somewhere new. Admittedly, we can’t recreate the atmosphere of excitement as you wait for the bus, but we can give the children a chance to work with their friends to discover interesting stories through interacting with a new space. BArch & MLA students will design this new virtual space and create online games for the children to play on their “day out”. It will also give an opportunity to get architecture into the curriculum and show the positive affect architecture can have. Architects were not commonly involved in the design of industrial buildings but you can see the aesthetic and social improvements they made when the National Coal Board started using them. The huge, potentially overbearing forms were made monumental and iconic while hiding the messiness of the industrial day-to-day work. Amenities also played a large role, and the public was receptive to these industrial monoliths in their area because of these benefits to the community, despite the pollution. These structures are steadily disappearing as we gradually switch to a fossil-fuel free energy system but their historical importance should not be understated. By educating children we are ensuring that these iconic buildings live on through in the next generation, even if their physical presence has faded. 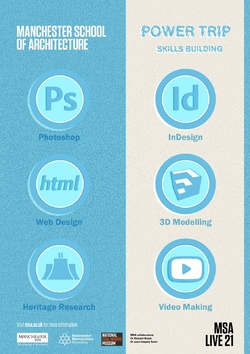 Maria Olivia M
Activities and Skills: The two weeks will be divided between skill building, fostering social connections, and digging into the oftentimes unspoken value of architectural heritage. Our aim is to create an environment that will facilitate learning through hands-on work with different softwares where the starting point is each team-member’s skills and experience.

The first week will focus on creating content for the final product (an online exhibition) by working with Photoshop, InDesign, Illustrator, 3D modelling software – such as Sketchup and Rhino- and open-source video creation software. We will offer insights into the best uses for each program (photo-editing, layout design, 3D modelling or vectorial work) and tips and tricks to improve workflows that we’ve learnt over the years. There will be two guest talks: one focusing on website design and online exhibition curation, while the other – offered by our collaborators – will offer an overview of the value and history of post-war industrial architecture– specifically, power stations and coal mines.

The second week will be mainly dedicated to building the online exhibition and making it an interactive and engaging experience for future users. At this point, the historical significance that has shaped this project and its wider social value will become ever more evident. The final site will be a platform for school children to learn through interactive experiences about the legacy of these architectures. There is potential for a “virtual school trip”, where the success of the project will be visible through its live-testing and reception by school children and their teachers. 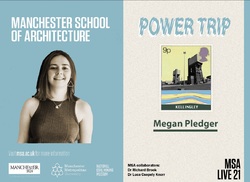 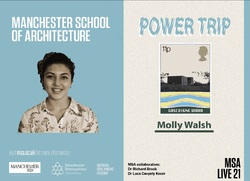 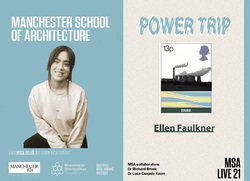 Jessica P
Name: Ellen Faulkner
Atelier: Infrastructure Space Research
BArch: University of Nottingham
Worked at: Apt London (formerly Robin Partington & Partners)
Skill: Illustrator & Photoshop
Interested in: Industrial heritage, repurposing the legacies of the past and preserving them for the future. Focusing on newtowns and post-war housing in particular for my dissertation.
Outside architecture: Running, food, and lying on a beach in Australia for two years.
Case Study: Drax power station: Drax was the largest coal fired power station in the country and is still in use today, having switched fuel source to biomass. Being the largest station built by the CEGB, scale and infrastructure are of particular interest. At its peak, it provided power to 6% of the UK. The station was built in two phases, the first opened in 1974, with the second phase completing in 1986. Again providing an interesting point of research. Being one of the later stations, there are a lot of interesting comparisons to be made and many design decisions and lessons learnt from the earlier stations. 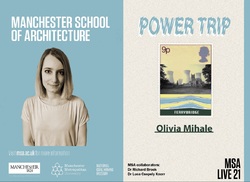 Jessica P
Name: Olivia Mihale
Atelier : Infrastructure Space
BArch : Manchester School of Architecture
Site Analysis: Ferrybridge ‘C‘ was the third coal-fired power station ever to be built on the Ferrybridge site. At the time of construction, it was the first station in UK to run on 500MW units. Throughout its lifetime, it reached several milestones – like in 1973 when its Unit 2 set a world record by running non-stop for 5,488 hours, as well as underwent some critical times during its tower collapse of 1965 and the fire of 2014.
Born in: Romania and studied both BA and MA at Manchester School of architecture.
Interested in: infrastructural developments and the potential of emerging technologies to create a more accessible architecture.
Hobbies include: analogue and digital painting.Interested in : Environmental design 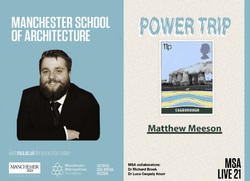 Jessica P
Name: Matthew Meeson
Atelier : Infrastructure Space Research
BArch : University of Sheffield
Worked at : PRP, Manchester
Skill : Illustrator & Photoshop
Interested in : Many eras of architectural history, specifically industrial heritage and the history of England’s post-war mass housing. I am also interested in self-build schemes, urban farming and timber frame design.
Hobbies outside of architecture include woodturning, painting, and growing plants.
Case Study: Eggborough Power Station: Eggborough power station is one of a number of decommissioned coal-fired power stations along the River Aire, in the Selby district of North Yorkshire. The station opened in 1970, and at its peak, generated enough electricity to power 2 million homes, and hosted many local sporting teams and social events on its grounds. 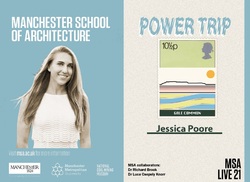 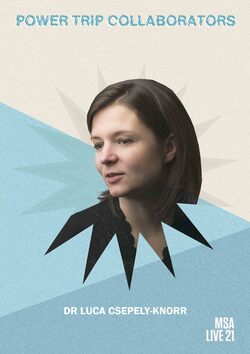 Megan P
Dr Luca Csepely Knorr is an award-winning writer and is the Joint Programme Leader of the Master of Landscape Architecture course with Becky Sobell and is a chartered landscape architect.
She was born in Hungary and has a unique perspective on the relationship between UK and international practice with a passion for the importance of the female role in the construction industry.
With housing and infrastructure being her two buzz words, having her as a collaborator will engage the project in key historical moments of post-war infrastructure and social welfare provision these coal mines and power stations offered.
Luca, along with our collaborator Richard Brook runs an AHRC funded research network: ‘The Landscapes of Post-War Infrastructure: Cooling Down’, which this project will be a part of. 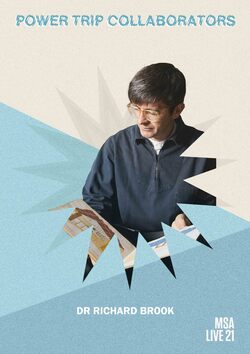 Megan P
Dr Richard Brook is the MSA Infraspace atelier leader and is a registered architect. He is particularly interested in post-WWII British modern architecture and infrastructure. Check out his insta for some cool modernist buildings:
@mainstream_modern
Richard is an experienced architectural historian who is currently leading a project called ‘The Life of Buildings’, where he and his collaborators are creating interactive virtual reality models of historically important buildings from archival drawings and oral histories. The project’s long term aim is to create ‘mixed reality’ cities that co-exist with real cities to educate people on our lost architectural heritage.

Outside of architecture, he likes photographing the moors of the north, fell running and CEGB memorabilia.
Richard, along with our collaborator Luca Csepely Knorr runs an AHRC funded research network: ‘The Landscapes of Post-War Infrastructure: Cooling Down’, which this project will be a part of. 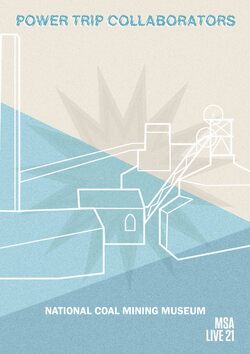 Megan P
The National Coal Mining Museum for England hosts a range of exhibitions and activities on the site of the decommissioned Caphouse Colliery - where many former miners tell their stories of life down the pit. Activities and events preserve the valuable social and industrial history of the mining industry, which came to an end in the UK in 2015 with the closure of the last deep coal mine. The museum is also home to an extensive archive. During the event week we will be organising a workshop to learn about exhibition curation to prepare a series of images for a future exhibition at the National Coal Mining Museum for England (details TBC).